A walk by the sea from Volosko to Lovran 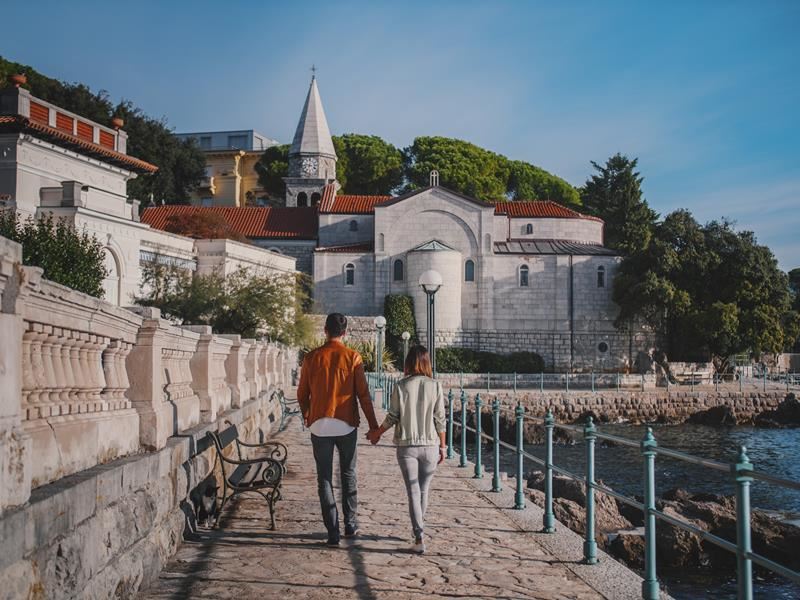 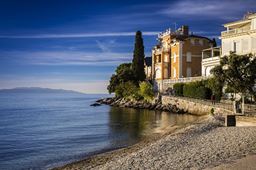 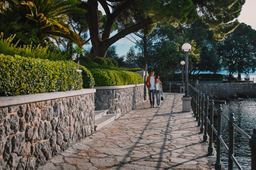 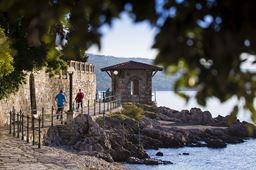 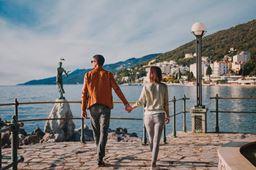 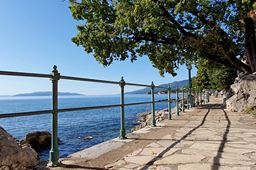 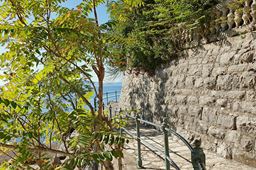 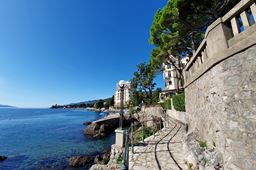 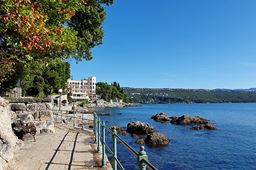 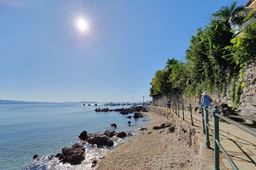 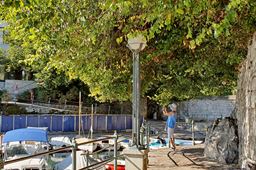 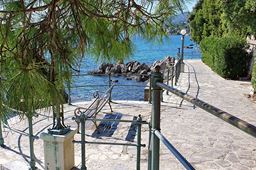 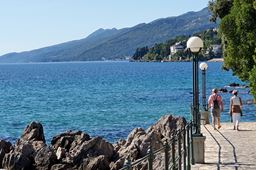 The Lungomare is an enchanting seafront promenade that stretches along the coast of Kvarner Bay. Discover its hidden coves and enjoy pleasant strolls by the sea.

The Franz Joseph I Promenade, known locally as the Lungomare, connects the picturesque fishing village of Volosko with Opatija and further on with Ičići, Ika and Lovran. This landmark of Opatija has always been a favourite place for a stroll for local people and their guests. The Lungomare will take you to some of the most beautiful beaches in Opatija, town landmarks such as the Villa Angiolina and its surrounding park, and the statue of the Girl with the Seagull. Admire the view of magnificent historical villas and other spectacular pieces of 19th-century architecture while you walk by the sea.

In 2011, we celebrated the 100th anniversary of Opatija's best-known footpath – the famous coastal promenade that stretches from Volosko to Lovran. Officially named the Franz Joseph I Promenade, it is still best known as the Lungomare. Dating back to the heyday of Opatija as a health and tourist resort at the turn of the 19th and 20th centuries, the Lungomare was built in parts. The northern part, from Volosko to Opatija, was completed in 1889, the same year that Opatija was officially declared a climatic health resort. The southern part, connecting Opatija to Lovran, was finished in 1911.

Ever since, the Lungomare has been a favourite walking path for local people and their visitors, a motif of countless photographs and paintings, and an essential part of Opatija's townscape when viewed from the sea.

A walk along this promenade above all means enjoying the fresh sea air and a beautiful coastal landscape dotted with quaint coves, but it is also much more than that. It is also a chance to learn something about local history: for right from its starting point in Volosko by the birthplace of the great scientist Andrija Mohorovičić, past former sanatoriums and guesthouses in the northern part of the promenade, through Angiolina Park and on past Slatina beach further south all the way to the magnificent villas in Lovran, the Lungomare reveals a series of buildings, locations, monuments and memorial plaques that tell the interesting tale of Opatija's past.

In addition to history, interested walkers can also become more acquainted with the richness of the coastal vegetation and the beneficial effects of the local climate. Alongside the Lungomare grow some beautiful specimens of plants and trees that are typical of the local area: the aromatic rock samphire thriving on the rocks right by the sea, evergreen holm oaks, several species of deciduous oaks, fragrant laurel, and evergreen pittosporum… The tops of these trees create a pleasant shade in summer; in bloom their flowers fill the air with fragrant scents.

While walking along the Lungomare, one can admire many magnificent villas – prime examples of Belle Époque architecture, discover monuments commemorating people important in the local history or statues that have become symbolic of Opatija (such as the Girl with the Seagull), rest awhile on a secluded bench in the shade of hundred-year-old trees, remember how people here used to live in the past (the freshwater source in the small port of Dražica), be charmed by quaint coves and beautiful pebble beaches, or enjoy a drink or meal on a terrace right by the sea…

All of that, and much more too – for, even one hundred years after its creation, the Lungomare still inspires us to walk along its beautiful stones and to discover some of its hidden secrets. Secrets which, who knows, might become part of your own Lungomare memories too.