The first hotel on the Adriatic coast 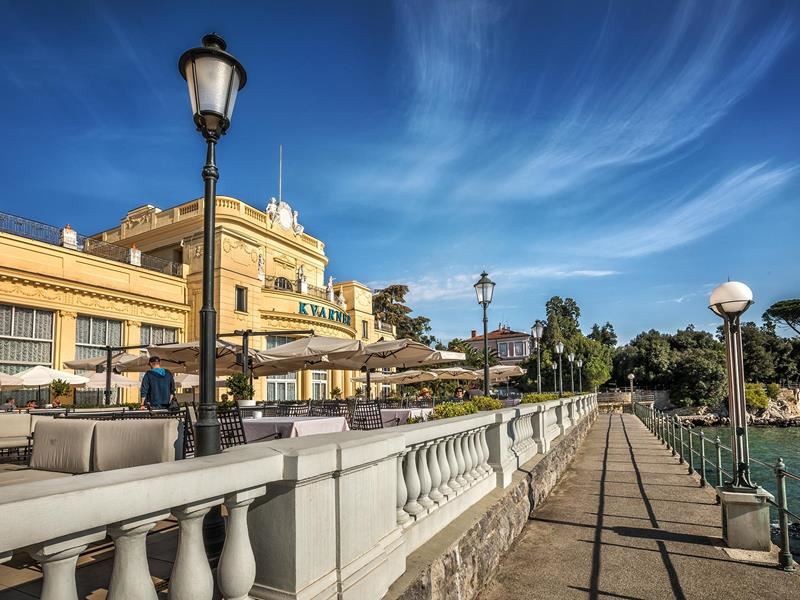 The oldest hotel on the east coast of Adriatic was opened in 1884 as the first luxury property in Opatija. Initially it was designed as a sanatorium for pulmonary diseases for nobility and royal family members.

After the spa was destroyed by fire, in 1913  beautiful Crystal Ballroom was built and from then it became one of the most famous locations in town. Decorated with beautiful crystal chandeliers, the Ballroom hosts numerous cultural and entertainment events, and various celebrations.